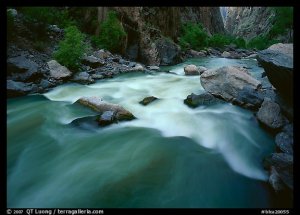 Several months ago I typed in the note section of my phone about how God calls us to go against the grain, to swim upstream. You know how sometimes God just gives you a word, like He wants us to ponder certain things at times. This was one of them…I jotted down this list:

Swimming Upstream: To opt for a difficult course of action when a simpler or safer alternative is available

Therefore, I urge you, brothers and sisters, in view of God’s mercy, to offer your bodies as a living sacrifice, holy and pleasing to God – this is your true and proper worship. Do not conform to the pattern of this world, but be transformed by the renewing of your mind. Then you will be able to test and approve what God’s will is – His good, pleasing and perfect will.

Non-conformist: a person whose behavior or views do not conform to prevailing ideas or practices.

Today my writing is birthed out of a truth that has not changed since the beginning. God is good. God is right. He is love. God is creative and powerful and merciful and holy and true and worthy and wise and every single thing that you and I need is in Him.

Would we rather still conform to the pattern of this world and to the prevailing ideas?

I remember distinctly having the thought years ago that if my life doesn’t really look all that different than most, then I’m very likely swimming downstream with all the masses. I think that’s maybe when I started this journey of doing things differently. And doing things differently doesn’t just happen…your ‘do’ follows your ‘belief’, which makes perfect sense knowing that we are only transformed by the renewing of our minds. Does God’s Word just amaze you, or what? His ways are so right and He is so brilliant!

When I look at Jesus, the way He operated, the way He thought, the way He related to others, the way He lived, He was the quintessential non-conformist, was He not? He came onto the Earth to completely rearrange and demolish the prevailing ideas and practices. And He did. Only to replace it, and reveal something excessively and exceedingly better. If you have ever read Acts, you know that the people who really followed Jesus lived totally different lives than the traditions in which they were raised. It begs the question…should we? Does our life as Christians resemble the Church that Jesus started or something man has created over the centuries?

If we are going to live a life that does not conform to the pattern of the world, we better start living and believing and choosing in ways that are different from the world around us. Not just different to be different. But different to obey the Father, to follow Jesus, to be lead by the Holy Spirit. Jesus said this in Matthew 7:13-14 (NLT):

The Narrow Gate  13 “You can enter God’s Kingdom only through the narrow gate. The highway to hell is broad, and its gate is wide for the many who choose that way. 14 But the gateway to life is very narrow and the road is difficult, and only a few ever find it.

I have so been on the broad road at times in my life. Have you? I have lived in seasons where my life looked very, very similar to what you see glorified on commercials and television shows and magazines as “the good life.” In the NIV, it calls the broad road the one that leads to destruction. We all have some scars from living that way. I certainly do.   So I’m telling you, I literally have not one single stone to throw at anyone!

As Believers, I strongly believe that God is asking us to be heartbroken over our culture today, heartbroken over families suffering great loss and poverty in the world. But, are we? Or would we rather stand with stones in hand expecting the world to lead Godly lives when our own look a whole lot like theirs.

Is the way you and I live, the way we operate, the way we think, and relate to others so contagious, so hopeful and pure and right that the lost cannot help but want what we have? That’s why the masses followed Jesus. They wanted what He had.   It was the stubborn religious and politically-minded few that crucified Him, the ones who Jesus’s message opposed. In Romans 11:11, Paul tells us Gentiles to live in a way that would make Jewish non-believers jealous, so that they might claim this amazing gift of hope through salvation in Jesus Christ as their own. And I believe we that can apply that to any lost person, not just those who have Israelite ancestors.

There is a difference, you know. We really CAN befriend the lost and NOT befriend the world. Daniel did it in chapter 6.

He was taken into Babylon as a teenager and by the time he was in his 80’s, (having lived in that evil culture for 60-70 years) his fervor for God had not waned, and his heart for those who did wrong was tender. Daniel was persecuted for continuing to pray to the One True God while the edict in the kingdom forbade it. He was thrown into a den of hungry lions to surely die a brutal death. Notice how the king approaches Daniel, and how Daniel responds to this same king who had thrown him into the lion’s den:

19 Very early the next morning, the king got up and hurried out to the lions’ den. 20 When he got there, he called out in anguish, “Daniel, servant of the living God! Was your God, whom you serve so faithfully, able to rescue you from the lions?”  21 Daniel answered, “Long live the king! 22 My God sent His angel to shut the lions’ mouths so that they would not hurt me, for I have been found innocent in His sight. And I have not wronged you, Your Majesty.” 23 The king was overjoyed and ordered that Daniel be lifted from the den. Not a scratch was found on him, for he had trusted in his God.

Daniel served the king faithfully as God called him to. God ordained that Daniel (along with Shadrach, Meshach, and Abednego) be the ones who would go into that culture and change the minds of the leaders. They were not conformed to the pattern of those evil kingdoms, they did not take the simpler and safer alternatives of giving in to the world. We have amazing accounts of the danger they faced and survived in the fiery furnace and the Lion’s den to prove it. We just recently watched the movie, “God’s Not Dead,” and it makes the very same point, he faced a professor who threatened to ruin his grade and his future if he did not join the masses who said they did not believe in God.

It will often provide us immediate safety to follow the masses, but eventually we will pay a great price if we go along with the world instead of trusting and obeying God.

Look at the 10 Israelites who came back from the Promised Land having seen exactly what Caleb and Joshua saw, but their negative report is what the masses believed and everyone freaked out and wanted to return to slavery rather than trust God’s promise. The result was God saying, in Numbers 14:30

You will not enter and occupy the land I swore to give you. The only exceptions will be Caleb son of Jephunneh and Joshua son of Nun.

Unbelief produces destruction, they all died in the wilderness.  Faith produces reward, Caleb and Joshua lived to see the Promised Land and partnered with God many more times in victory. I am so thankful for God’s Word, and how He uses these accounts to encourage us to believe Him and love Him, even when no one else does.

Speaking of believing and loving God, let’s go back to Daniel 6. Another powerful thing to note is that Daniel did not hate the king.  The king did not love God, and yet Daniel loved the king. And because of Daniel’s willingness to love and serve the king, because that is what God called him to do, look what happens in Daniel 6:25-27:

25 Then King Darius sent this message to the people of every race and nation and language throughout the world:

“Peace and prosperity to you!

26 “I decree that everyone throughout my kingdom should tremble with fear before the God of Daniel.

For He is the living God,  and He will endure forever.  His kingdom will never be destroyed,  and His rule will never end.

27 He rescues and saves his people;  He performs miraculous signs and wonders  in the heavens and on earth.  He has rescued Daniel from the power of the lions.”

Daniel’s decision to trust God caused the Name of God to be respected and revered across the world, and it changed the trajectory of the Kingdom in which he lived.

What if Daniel had shrunk back and stopped praying because that is what the law demanded?

What if he had given up when it got hard?

Or what if Daniel had cursed the king?

What if he had tried to organize an uprising in self-defense because he was framed?

What if he harbored bitterness in his heart about the way he was wrongly treated?

Well, praise God, Daniel chose faith. He is listed as one of the prophets whose faith is commended in Hebrews 11:33. He chose not to conform to the ways of the world, he defied the prevailing idea of the day in which he lived, and God showed Himself mighty and the Name of the Lord was made famous in his land in the world because of it.

In Part 2 we’re going to continue this look into swimming upstream!

Until then, I’d love to know…In what way is God asking you to be a non-conformist?  Use the comment section below 🙂